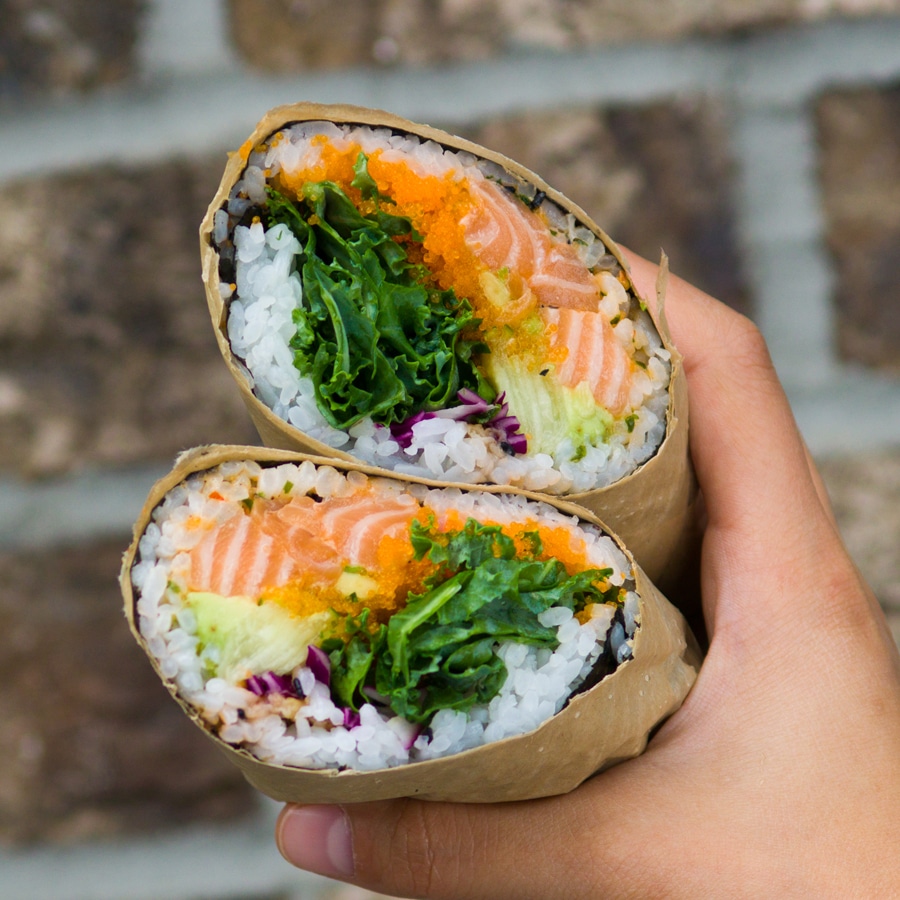 Millennials, generally thought of as adults from ages 19 to 35, are hooked on good, healthy, eco-friendly food.  The rise of meal preparation companies that send customers nutritious, fresh ingredients that they can quickly make into a cooked meal – has been attributed to the influence of millennials.

In a new series of blogs for 2017 we’re bringing food operators the latest trends for the on-the-go food market. From Acai bowls and Poke, to Bao burgers and rolled ice-cream – we’ll be taking a close look at the must-have dishes essential for any 2017 take-out menu; and we’ll be exploring why these dishes have risen to popularity so quickly.

New research by MCA (Eating and drinking out market insight) shows an increasing appetite for healthy eating – with 47 per cent of millennials saying they have changed their dining habits over the last year towards a healthier diet.

In line with the booming food-to-go market, which is driven by customers demanding ‘food on the move’ at all times of the day – sushi burritos have filled the gap, for a quick, fresh and internationally inspired lunch that’s easy to eat on the go – the ultimate hand-held snack.

One of the first restaurants to serve the sushi burrito was a Californian casual dining restaurant called Sushirrito. They wanted to make sushi more convenient, by making it possible to eat on the go without chopsticks. The founder of Sushirrito, Peter Yen said “The concept for Sushirrito came to be since we love sushi and wanted it to be more accessible and portable. Burrito-sizing sushi makes a lot of sense given the handheld aspect of it.”

Yen continues “We weren’t trying to start a trend. We simply wanted to create a new type of food that we like to eat. Hybrid foods only make sense when the foods belong together – just because you can do a mash-up, doesn’t mean you should.”

Hybrid foods is another phenomena that Millennials gravitate towards – the combination of authentic elements of two or more cuisines in one dish. They’re excited by any sort of ethnic mash-up as long as it is authentic and delicious.

Some typical Japanese fillings for sushi rolls are sea urchin, squid, avocado, roe, cucumber and white fish, however the western world has expanded this by adding ingredients like salmon, tuna, cream cheese, chicken and even lamb.

seaweed), blanketed with sushi rice and then topped with a combination of raw fish, or cooked meat, and vegetables. This is then rolled up using a bendy bamboo mat to form the sushi burrito. Which is generally wrapped and cut into two large rolls when serving.

Arguably, the two most important elements in a sushi burrito are the nori, and the sushi rice (Japanese short grain rice). Nori has the right texture and structure to hold the sushi roll together, making it easy to eat – other types of seaweed can be chewy and tough. The sushi rice must be prepared in a certain way, to get the correct texture, if not completed correctly it can ruin the entire dish. Some chefs prefer to serve sushi at room temperature to ensure the rice remains soft.

Because all the ingredients in a sushi burrito are on the inside, there’s no need for wasabi pasting, ginger draping or soy dipping – making it a good choice for lunch on the go.

Two great places to visit for a sushi burrito are: Suzu in London, on Hammersmith Road and Mosa, in Dublin, on Merchant’s Arch. Brighton based casual dining restaurant Happy Maki offer sushi burritos that are completely vegan – featuring a vegan chicken (substitute) and vegan duck (substitute) sushi burrito on their menu, which they claim tastes just as good as the real thing.

It’s important to note that nori seaweed is not vegan, as it contains shrimp and crab flavouring, however there is a vegan alternative, yaki-nori, which is 100 percent seaweed.

Like traditional burritos, sushi burritos are wrapped when they are served – often in greaseproof paper or aluminium foil. At Bunzl Catering Supplies we deliver unique pop-up foil sheets that dispense perfectly sized pre-cut sheets, one at a time, from a handy cardboard box – perfect for wrapping sushi burritos.

To avoid sushi burritos being crushed on the move – serve them in a sturdy but light, outer container, like our Sustain bagasse container. Sustain is an exclusive brand range of renewable and compostable food packaging, which includes bagasse hinged containers made from sugar cane.  Bagasse is an environmentally responsible option – perfect for serving food to eco-conscious Millennials.