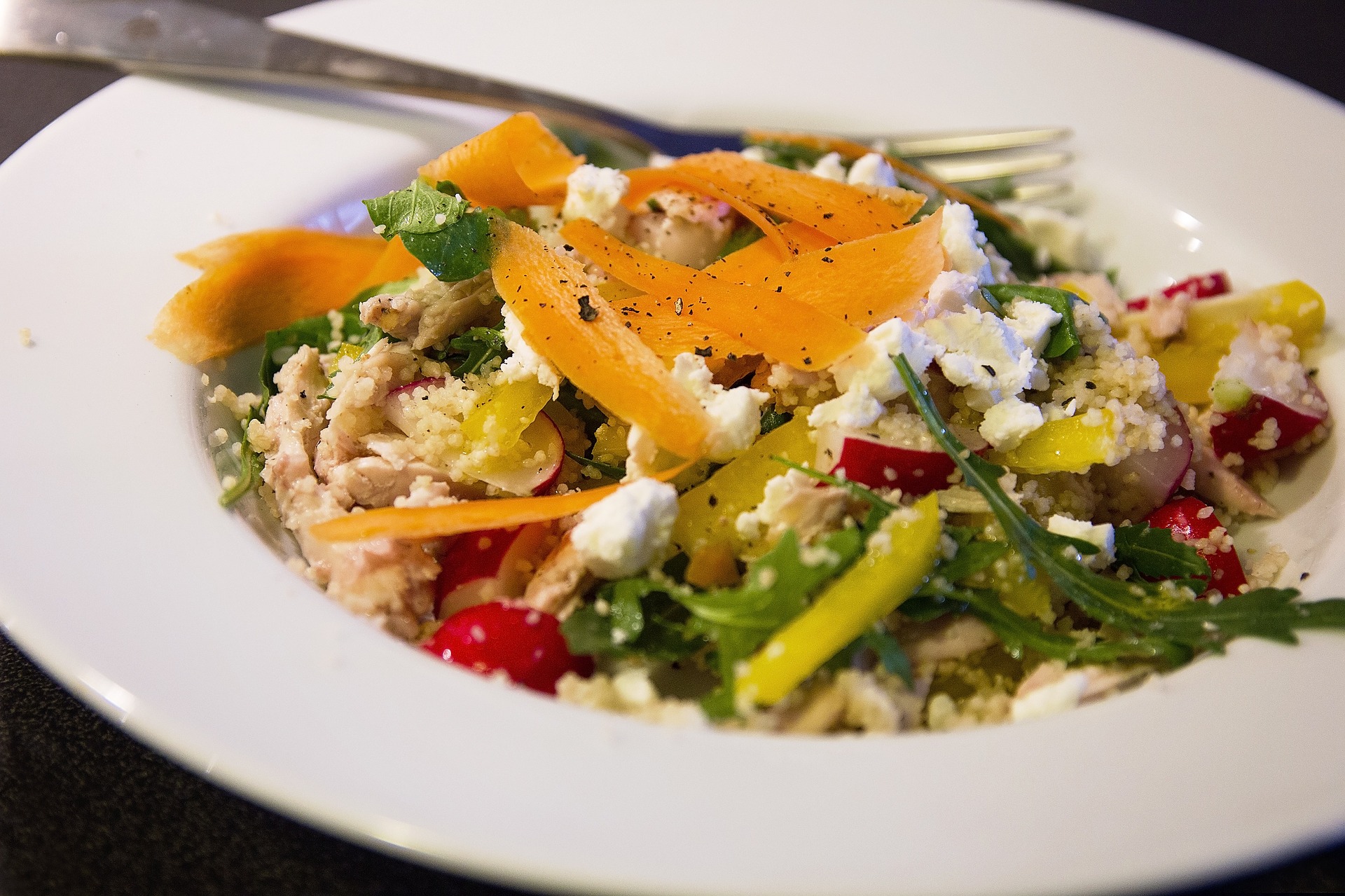 This week, until 8th August, is National Meat Free Week. The awareness week aims to educate people about the health and environmental benefits of reducing their meat consumption.

The most recent National Diet and Nutrition survey (2012) reported that 1.2 million people in the UK are completely vegetarian. This total has been estimated at around 3 million in 2016. Mintel categorises 23 percent of the UK population as meat-reducers, people who are attempting to eat less meat, and 10 percent of the population as meat-avoiders, people who plan to eat little or no meat but sometimes lapse. The Vegan Society have found that over 542,000 people in the UK are now following a vegan diet, a rise of 360 percent from 10 years ago.

Previously many restaurants were only offering one of two vegetarian dishes, which could often be bland and lacking in colour. Eating Better, an alliance to help people eat less meat, still believe there is a lot more work needed, however restaurant chains are starting to realise the potential and are beginning to offer a larger variety of appealing veggie and vegan dishes.

This fantastic blog from VeggieLAD discusses some of the best restaurant chains for enjoying delicious and unique meat-free food options: http://www.veggielad.com/#!Top-10-Chain-Restaurants-for-Vegetarians/dx81m/577bc5ee0cf2aa035a14e0d0

Some of the selections on the blog include: Nandos, Las Iguanas, Wahaca, Pizza Express, Wagamama and Bills.

Number 1 on VeggieLAD’s list, and taking veggie options to a whole new level, high street café Pret opened a veggie pop-up store in June this year. The store began as a four week pop-up concept, but due to its huge popularity from opening day, Pret have decided to keep it open to trial demand after the initial hype dies down. The store features a total of 45 vegetarian options, with the 8 bestselling products also being vegan.

Drawing from the success of Pret’s pop-up store, and the increase in demand from vegetarians, vegans and the ever increasing ‘flexitarian’ consumers, foodservice operators should ensure they are truly catering for the meat-free crowd.

Take a look at our previous blog on National Vegetarian Week for ideas on how to satisfy your veggie customers: https://bunzlcatering.co.uk/national-vegetarian-week-are-your-customers-satisfied-with-your-offering/

To make it easy for your customers to identify your new or existing vegetarian options, the Vegetarian Free From label from our exclusive brand Label 2 Go is the ideal food packaging label to compliment your meat-free dish.