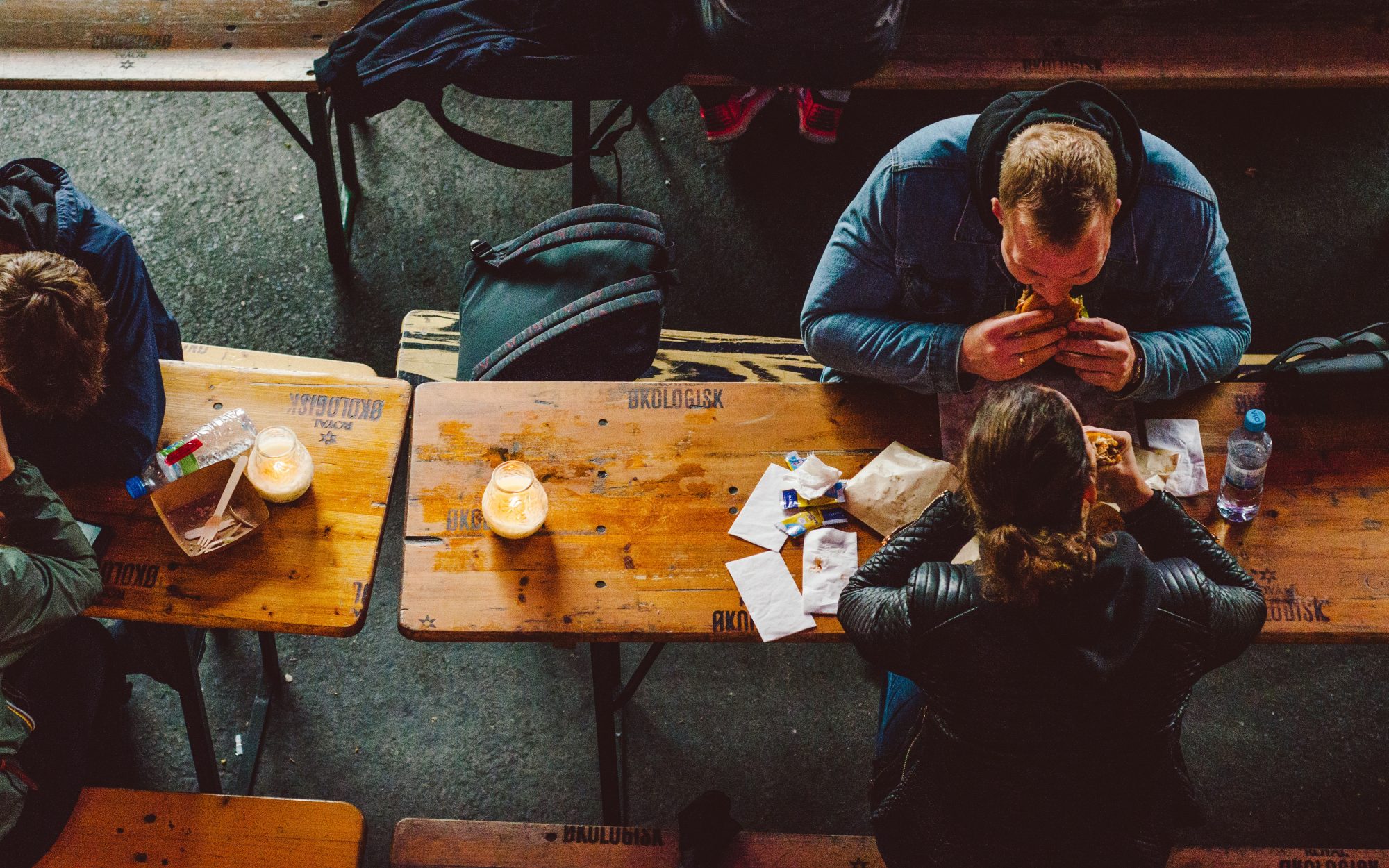 According to the Santa Maria Foodservice ‘What’s next in street food?’ report, the street food trend has seen a growth of 86 per cent since 2014, and shows no signs of slowing.

The street food phenomena can be traced all the way back to ancient Greece – where small fried fish were sold in the streets. Evidence of a large number of street food vendors was also discovered during the excavation of Pompeii.

During Victorian times, London’s population boomed at an unprecedented rate, the London crowds, predominately industrial workers, needed to be fed. As they had little access to cooking equipment, the demand for London street food grew rapidly. The Dictionary of Victorian London estimates there were over 6,000 vendors working in the city, serving up a veritable feast of pea soup, hot eels, pickled whelks and fried fish, alongside more familiar offerings like pies.

So, if street food has been about for ages – what’s all the hubbub about now?

For consumers working long hours in the city, street food provides a quick, cheap alternative to a proper ‘sit down meal’. The preparation, purchase and consumption of street food has been a consistent feature in London for thousands of years for this very reason.

Why street food has recently been deemed ‘a revolution’ in eating is not the act of eating street-side, it’s the types of food served. Street food has enjoyed a resurgence of popularity because the food on offer reflects the state of modern day London, a demographic with both varied and refined tastes.

Santa Maria, one of the market-leading suppliers of spices and international food concepts throughout Northern Europe, recently released a report on the rise of street food, interviewing 200 consumers at four London street food locations. Here is a summary of their findings:

The Santa Maria report proves that consumers are choosing internationally influenced dishes with spice and flavour on a regular basis – and opting for street food increasingly at breakfast time too.

At Borough Market you can find the famous street food vendor Hobbs Meat Roast, which serves up a delicious variety of hot meat and nut roast baguettes. Michael Hobbs, the owner of Hobbs Meat Roast, started working at Borough Market 25 years ago, as a market porter. He met his wife in 2000 and together they opened Hobbs Meat Roast which became an instant hit among market regulars. Their hot meat baguettes include roast loin of pork with stuffing and apple sauce, turkey breast with stuffing and cranberry sauce, and salt beef with dill pickle and mustard.

As well as the emergence of street food markets over the past five years, dedicated food festivals are also on the rise. The Big Feastival, Taste of London and BBC Good Food Festival are all on the foodie calendar, and so popular that ticketing company Eventbrite reported an 82 per cent growth in ticket sales in 2016.

At Bunzl Catering Supplies we’ve been helping our customers with on-the-go food packaging solutions for many years.  We know that street food, requires strong, sturdy packaging that not only looks good, but keeps the food hot (or cold) and travels well. As street food offerings are very varied – we take time to get to know our customer’s menus (we might even test the food!), so we can recommend the right packaging solution. That might be a simple paper plate or bowl with a napkin – or a hinged bagasse container with a wooden fork.

One innovative packaging option is called Combione hybrid packaging from our partner supplier Colpac. Combione combines a paperboard base with a plastic lid to create an easy one-piece solution that is both leak-proof, and offers excellent visibility. Combione is available in sizes large (1110ml) and extra-large (1280ml).

Open containers (without a lid) are ideal for street food dishes like topped fries and dosas.  Try our exclusive brand Sustain bagasse trays, made from sugar cane and fully compostable – for your environmentally conscious customers.

So, what does the future hold for street food? Well, according to the Waitrose Food and Drink Report 2017-18, Indian street food is the next big thing. Waitrose expect dishes like scallops in pickled ginger, puris (Indian bread) stuffed with zingy vegetables and food hybrids like lamb keema koftas to be extremely popular in 2018. Whatever the next big thing is – please give us a call to discuss your packaging options.