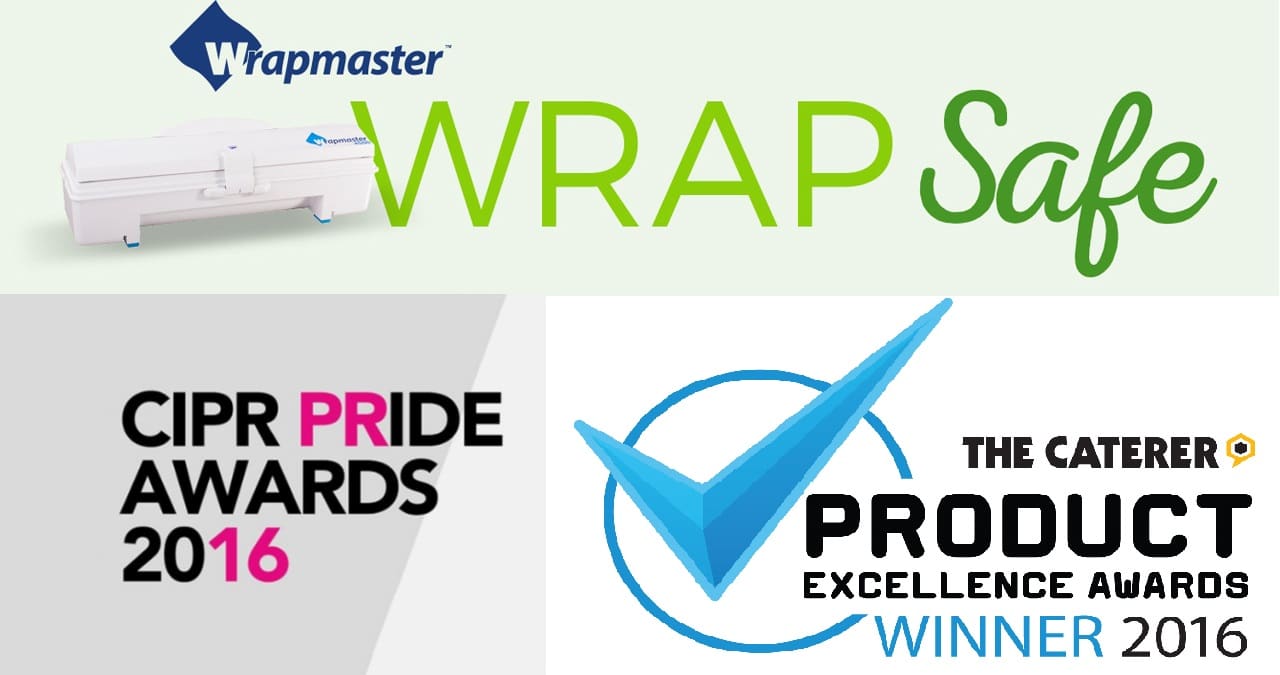 Wrapmaster celebrated a double win in December after collecting not one but two industry awards – rounding off what has been a very successful year for the company.

The first award was in recognition of Wrapmaster’s fully integrated campaign, Wrap Smart by the CIPR PRide Awards who awarded Wrapmaster the ‘Corporate and Business Communications Campaign’ Gold Award.

The campaign which included digital, social, design, print, video and PR to drive trial and conversion to the award-winning Wrapmaster along with chef engagement and brand awareness, was hailed the winner.

Judges said: “This creative approach resonated well with the target audience and delivered results that were effectively measured and impressive.  [We were] particularly impressed with direct sales uplift.”

The second accolade was at The Caterer 2016 Product Excellence Awards which recognises the most innovative and exciting producers and suppliers to the foodservice industry. Held at Westminster Kingsway College, Wrapmaster Duo was awarded the ‘Hygiene & Waste Management’ category in recognition of how it can support professional kitchens with food safety and sustainability.

“We’re delighted to have been recognised by not one but two respected industry authorities. They are recognition of just how strong the Wrapmaster brand is, from product innovation and high impact marketing to an incredibly passionate and dedicated team – it’s a fantastic way to end the year.”