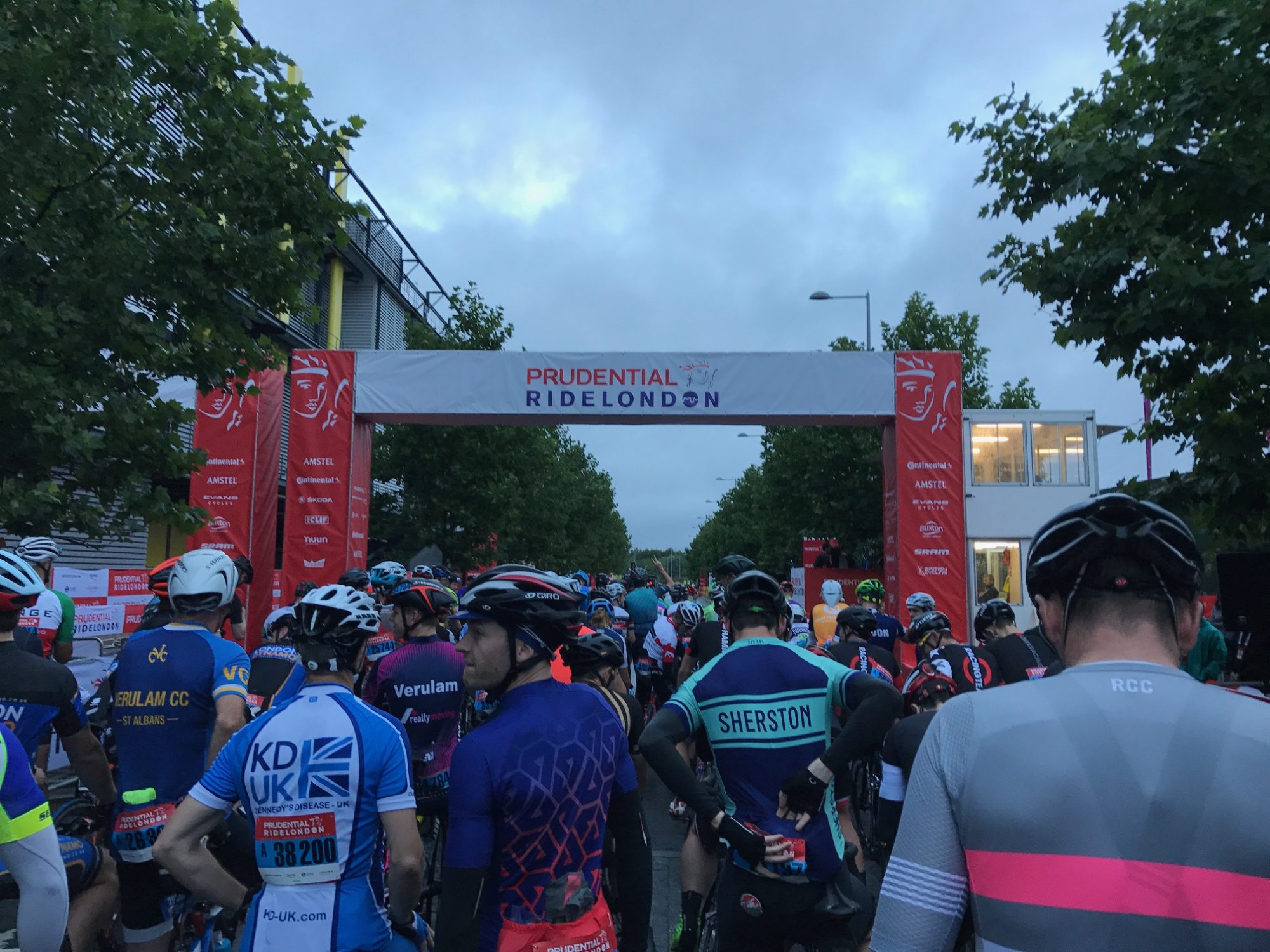 On the 30th of July 2017 two members of the Bunzl Catering Supplies team, Jody Crawforth (Category Manager) and Martin Allen (Network Development Manager) took part in the Prudential Ride London-Surrey 100 to raise money for charity In Kind Direct. Over 30,000 riders participated in the Prudential Ride, bravely taking on the100-mile route through the Capital and into Surrey’s stunning countryside.

Jody and Martin’s chose to ride for In Kind Direct, as it’s a charity that Bunzl has supported many times before. In Kind Direct distributes consumer goods donated by companies to UK charities working in the UK and overseas, working with not-for-profit organisations and companies they help ensure that everyone has access to life’s essentials and that no usable product goes to waste.

In total Jody and Martin raised £5,315 on the ride. They were supported by generous sponsorship from both Bunzl Catering Supplies employees and partner Suppliers: Tork, RPC, Ecolab, Huhtamaki, Swantex, Akuma, Plastico, Gojo, and Wrapmaster.

To find out more please read the full interview with Jody and Martin below:

A series of blogs recognising and celebrating people in our business who actively support local and international community and charity projects.

Why did you agree to take part in the Prudential race?

Martin Allen – for me it is one of those landmark, bucket list races to do.  A full 100 miles!  When you cycle for pleasure, though you do tend to gradually increase the distance you ride, you never wake up and say to yourself, today, I’m going to ride 100 miles.  It is a real challenge.

Jody Crawforth – I’ve wanted to take part in the Prudential 100 for a while now and it is the right ride to do for a charitable cause.  It was also really nice having half of the route on my home roads as I know them off by heart.  The 100-mile part though was a real challenge as I had not ridden that far in a while.

What was the atmosphere like when you both arrived for the race?

Jody – I started at 5.44am.  Alarm went off at 3:30am.  It was really quick getting through to the rider holding area.  There were loads of cyclists with everyone getting ready to go. When the starter gun blasted we charged off down the soaking wet A12!

Martin – My start was more chaotic.  I thought it would be a good idea to park my car (with the bike) half way between the start and end point of the race.  There’s about 10 miles between the two so I thought I’d spilt the difference, make it easy on myself.  The problem was, I parked at the bottom of a 5-story car park (with the exit 5 storeys above), so by the time I cycled up the 5 storeys I was knackered!  And of course didn’t leave enough time so had to sprint for the start.  Our set off song was ‘I Am the One and Only’.

Jody – I wanted to do it in under 4 hrs.  The roads were soaking wet so we lost lots of rider’s due to wheel punctures.  I was comfortable with the pace and stayed with the first 20-30 riders where we were averaging about 27 miles an hour.

I really struggled on Box Hill.  That was really tough.  However, heading back into London it was a fast pace and flat!  It was a really tough race and I gave it everything I had over the hills – I did enjoy it and there were no major dramas for me.

Martin – My ride was nothing like that.  I got talking to about 3 or 4 riders before the start and we rode the first 20 miles together.  For the first 20 miles in we were being silly and having fun jumping off each other’s back wheels… The next 25 miles were OK until we got to Newlands Corner!

Anyway, I sat down for half an hour to have lunch, and because I had cooled down I got very cold travelling down the hill.  Every muscle then ached for the next 25… it made that part of the race really hard.  The next tea break came when they stopped the race for about 20mins due to a crash.  I needed the rest because the next part of the race was a really chunky hill…. Leith Hill.

How did you feel finishing the race?

Jody – knackered!  My neck and shoulders were aching like mad, but I did of course feel a real sense of achievement, especially as I travelled the last 15 miles on my own. The end was definitely the toughest bit, as it is when you are the most knackered.  I had no energy left but managed to roll across the line. I did it in 4 hours 5 minutes, so I am really pleased.

Martin – The last 15 miles felt great!  Everyone was on a high… putting their foot down and hammering it for the last few miles – about 10 of us managed a sprint finish down the Mall.  Crossing the line was a brilliant feeling, being right in front of Buckingham Palace.

How important do you think these events are for raising awareness for charitable causes?

Jody – 30,000 people turned out for this event.  It creates amazing awareness and also raises a lot of money for good causes.

Martin – I could not get over how many riders were riding for the big charities and worthy causes… just fantastic!

Can you be persuaded to ride the race next year?

Jody and Martin – Definitely, would love to.

Watch out for the Bunzl Catering Supplies team next year at Prudential100 London – Surrey.