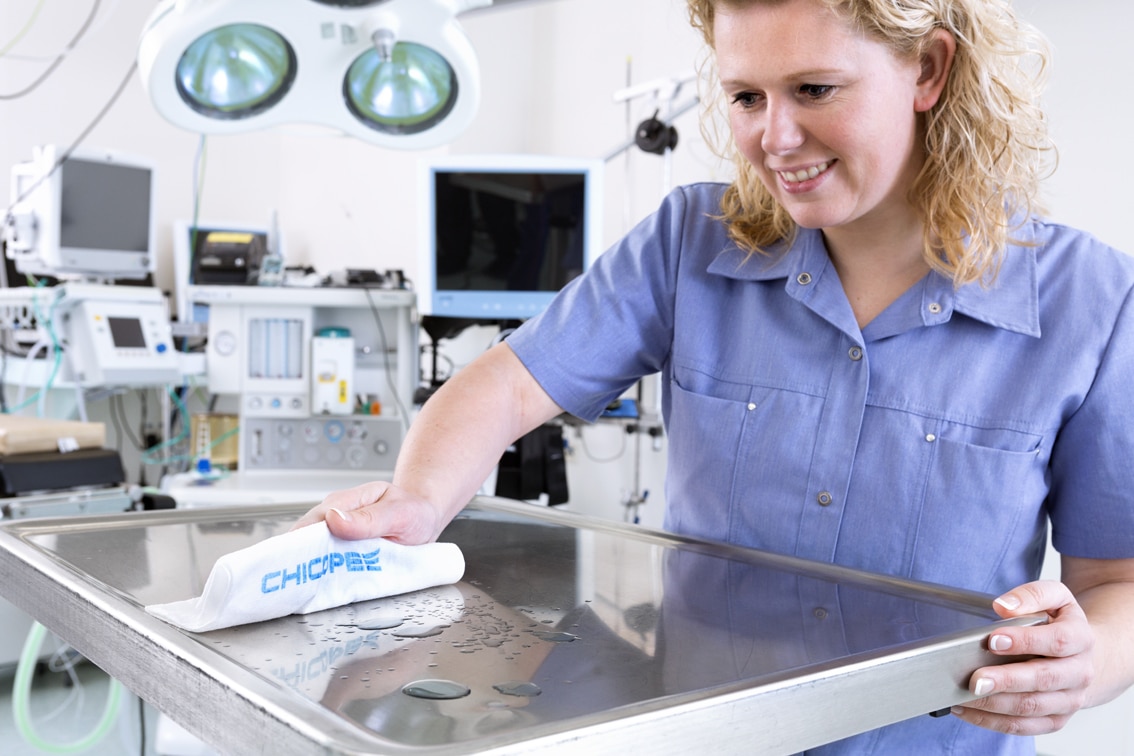 Designed for short-term use, Microfibre Light removes 99.99% of microbes and the need to launder cloths, reducing the time spent by cleaning staff on non value added tasks. Unlike traditional cloths, it also removes bacteria without chemicals.

The distinctive design and construction of the splittable Microfibre Light ensures that bacteria are trapped in the cloth and not released onto the next surface wiped.

Known as the ‘capillary effect’, Microfibre Light’s fibres act like a magnet, removing and trapping bacteria until released. This is because they are positively charged – whilst bacteria, dirt and dust are negatively charged – consequently they are all attracted to the cloth.

One of the most challenging tasks facing cleaning professionals is keeping important areas of a facility clean and free from contamination. A recent study by the American Journal of Infection Control found that 93% of Microfibre cloths tested, that were used to clean hospital rooms after being laundered, still contained dangerous levels of bacteria like E.Coli.

Biolab tests in the UK have also shown that traditional cloths transferred 32% of microbes collected from one surface to the next, whilst Microfibre transferred 0%.

James Taylor, director of product marketing at Chicopee said, “By using Microfibre Light for short term periods cleaning professionals can be confident that bacteria will be removed from surfaces and risks of cross contamination, that can lead to Healthcare Associated Infections (HAIs) and Community Associated Infections (CAI’s), are significantly reduced.”

The Chicopee Microfibre Light cloth is available in five colours to help match HACCP standards for safe cleaning, with 40 sheets in each re-sealable pack.