The trend for turmeric infused hot drinks has been brewing for a while. The market research firm Mintel named turmeric as one of its ‘foods to watch’ in 2016. Google singled-out turmeric’s ascent to stardom after searches for the spice increased by 56 per cent from November 2016 to January 2017. 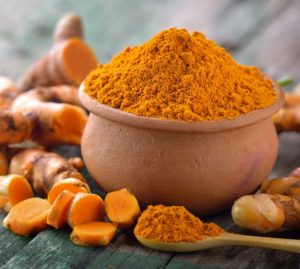 Turmeric is a herbal root, related to the ginger family and is commonly used in Asian and Middle Eastern cooking. So, why has the spice, originally used in the UK in curry’s, become so popular in hot drinks now?

Turmeric’s rising popularity is tied to the claimed health benefits of curcumin, the active chemical in turmeric. It’s claimed that curcumin can ease an upset stomach, lower the chances of heart attacks, alleviate joint pain, and even have anticancer effects on cancer cells. These health benefits have given turmeric a royal-like status for those who promote or live a healthy lifestyle.

Recently, turmeric has been enjoyed in a variety of drinks, including: tea, coffee, hot chocolate, eggnog, milkshake and smoothie. 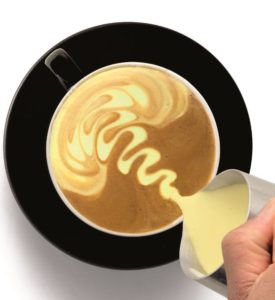 Turmeric lattes are very popular, and they’re made by adding turmeric powder and spices to hot steamed milk. The fragrant yellow milk (often called ‘golden milk’) is then poured over an espresso, or it can be served on its own as a hot milk drink.

Turmeric latte and turmeric milk, can be made with dairy alternatives, like almond milk or coconut milk, which according to coffee chain Starbucks, complements turmeric’s complex flavours well.

Starbucks offers a ‘limited release’ selection of turmeric-infused milk lattes in London. When launched, these were so popular that many of the coffee shops sold out.

In addition to turmeric lattes, fast casual dining restaurant Pret A Manger offers a turmeric energy shot drink. Called ‘Hot Shot’, and designed to give customers an energy boost, this drink is made from orange, turmeric, cayenne pepper and ginger.

Fully engaged in the turmeric trend, our supplier, Beyond the Bean, has added a new product called ‘Zuma Organic Turmeric Chai’ to their hot chocolate, sauce and chai collection. 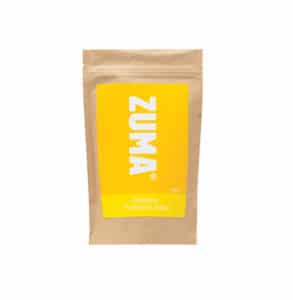 Zuma Organic Turmeric Chai is made from a delicious blend of pure turmeric, mixed with subtle flavours of ginger, vanilla and orange. With its comforting spice aromas and autumnal colour, it is the perfect winter warmer.

It’s rich yellow shade makes for an impressively bright beverage, which can be used in a wide range of hot and cold drinks.

Beyond the Bean suggest trying out Zuma Organic Turmeric Chai in the following recipes:

Mix the hot chocolate, spice syrup and turmeric chai with a splash of hot water to form a paste, top up with steamed milk, stir and serve.

Mix the turmeric chai and coconut purée into a paste, top up with steamed milk, stir and serve.

Fill a cup with ice, add lemon smoothie to half full and top up with milk. Pour into a blender jar. Add the turmeric chai and granola, blend until smooth. Pour back in to a cup and serve.

The whole Zuma range is free from artificial colours, flavours, preservatives, GMOs, hydrogenated fats and has been approved by the Vegetarian Society, and those without milk, for vegans by the Vegan Society.